The biggest celebrations in Benidorm are the 'Fiestas Patronales', the feasts of the patron saint. The celebrations start on the second Sunday of November and last, officially, until the following Wednesday. It is a succession of processions, live music, parades, performances, sporting events. 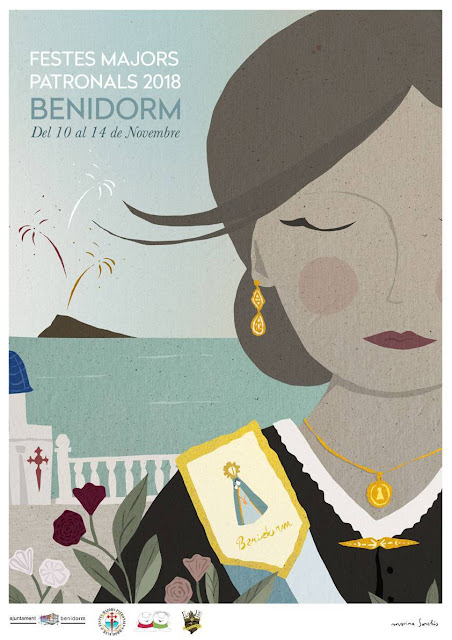 Benidorm visitors will find the parade on Wednesday, the nightlife, and the fireworks memorable. Fireworks are fired 24/24. Loud bangs and the ringing of the church bells fill the days. Especially the Mascletta, these are countless bags of gunpowder that explode enormously loud, is a true spectacle.
Spontaneous parties at night or just during the day are also great fun to watch.  Artists fill the stages in the park or at the town hall. The whole of Benidorm is mobilized during the 'fiestas Patronales'. Those who want a quiet holiday do not belong in Benidorm during these festivities.
The festivities end on Wednesday with a beautiful procession with dozens of parade cars from where people throw candy at the spectators. A little later in the evening, you have a smashing firework display.

The parties may be officially done, but the British tourists will continue one day longer. Thursday, Benidorm traditionally changes into a bizarre dress-up party. People dress in the afternoon and party all day long.
Events